BUR-HAN Garden and Lawn Care have been servicing the West Vancouver area since 1995 when Robert Hannah and Tim Bourke founded the company. Our central office and warehouse are situated on the North Shore, and we are very familiar with the everyday challenges of the community. Tim and Robert combined their last names to create their brand “BUR-HAN,’ and if you are driving on the North Shore, their trucks won’t be missed as their famous tagline “friendly lawn care included” has been a trademark.

Whether you are looking for residential or commercial lawn care services, BUR-HAN can help. Find out more about some of the services we offer:

Lawn care has its challenges as the area has a high level of rain and pine trees.  Horseshoe Bay is the driest area, and the climate at Ambleside Park is much dryer than the other Properties despite being so close to each other.  Whether you are dealing with your lawn or garden, or one managed by condo strata, BUR-HAN Garden and Lawn Care services can help you. Lawns have not been immune to the chafer beetle epidemic. BUR-HAN Garden and Lawn Care have provided garden and lawn maintenance service with expertise and knowledge of the unique landscape in the area. Stay tuned for tips on our blog page. 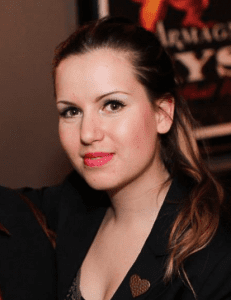 Contact us for an appointment, quote or if you would like one of our company representatives to meet about your commercial and strata needs.

BUR-HAN Garden and Lawn Care was a sponsor to the annual Half the Sky event held at Park Royal, the most popular shopping location on the North Shore. Park Royal not only is a retail mecca on the North Shore, it’s also a community event supporter and sponsor for many groups and schools. Have a look at some of these upcoming events here.

Growing up on the North Shore has changed as people used to catch a boat and hike up Hollyburn to reach Cypress mountain. Today, Cypress Mountain was made famous by the 2010 Vancouver Olympics as one of the best local mountains on the North Shore. Thousands have moved and chosen West Vancouver as their home as it is one of the most sought after places to live. Property values for single living dwellings have been steady and rising while other parts of Vancouver Metro have increased in development condos and apartments. Our city continues to grow with many retiring on the sunny shores with convenient apartment living on Marine Drive and the beautiful seawall the leads you through John Lawson Park. The Harmony Arts Festival is one of the best events held annually in the area. The private and pubic schools have a great reputation on the North Shore.

West Van also has some amazing parks including Ambleside Park, and the stunning Lighthouse Park.  We love the landscape and gardens and the initiatives in the area. As time passes, many of the homes will become part of West Van’s Park, as green space is important for residents and visitors to enjoy. The community has invested in growth and many people on the North Shore trek to the amazing Recreational Centre for swimming, working out, scouts, and classes.

Our Landscape Services in West Vancouver:

BUR-HAN Garden and Lawn Care was recommended to me and I always recommend them to my friends.

I used another service for my lawn but I couldn’t be more happy for switching to BUR-HAN! Highly recommended.

I started using BUR-HAN Garden and Lawn Care on a friend’s referral and have not looked back since. Great service and great delivery!

I was recommended by a friend to use BUR-HAN Garden and Lawn Care for my lawn services; and was pleasantly surprised by their professionalism and excellent rates. Would highly recommend to other friends.